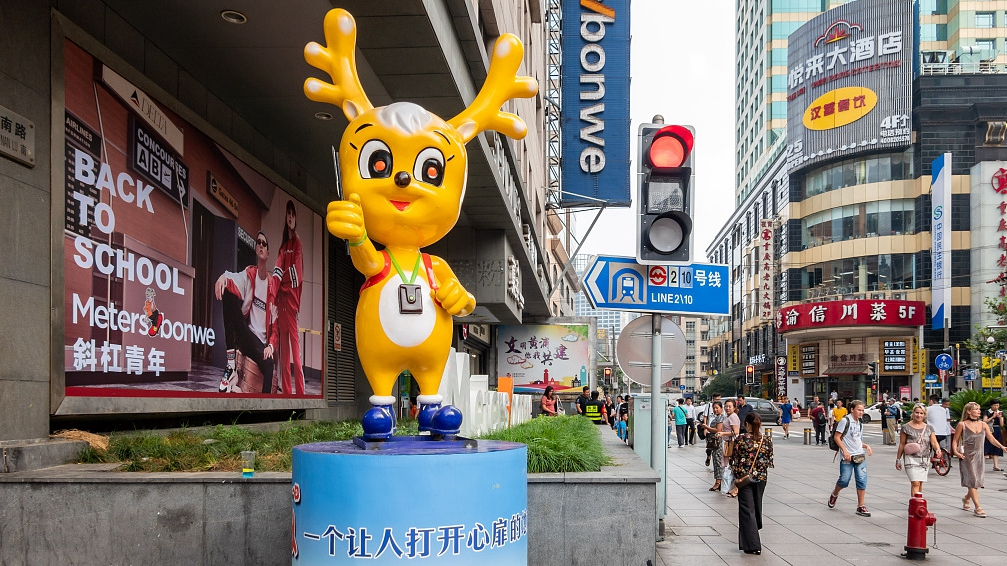 As the 2019 Shanghai Tourism Festival approaches, the festival’s mascot “Lele,” meaning “joy”, was unveiled to greet visitors in downtown Shanghai on Saturday. The name echoes the theme of this year’s festival, “Walking into Beauty and Joy.”

The 2019 Shanghai Tourism Festival will open on September 14 and run through October 6.

Held annually since 1990, the two-week festival is a large-scale tourism event. This year, more than 100 interactive activities, ranging from the opening parade on Huaihai Zhonglu and a cruise ship parade on Huangpu River, will allow tourists to experience in-depth tours of the city, such as visits to the city’s landmark buildings. 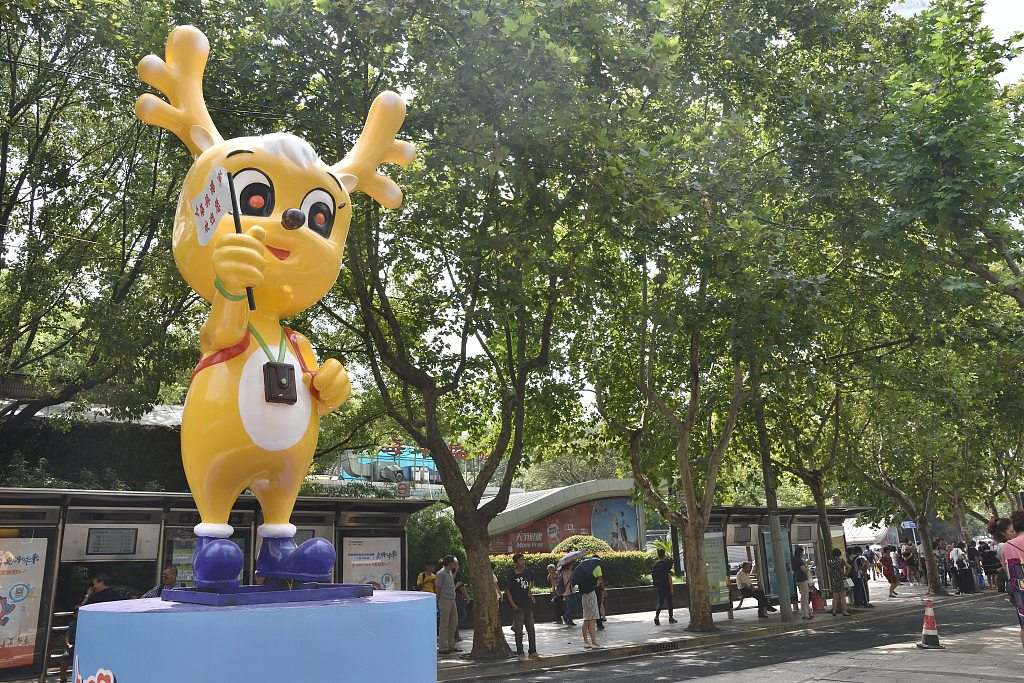 Mascot “Lele” is pictured in downtown Shanghai to welcome the upcoming tourism festival in the Chinese economic hub. /VCG Photo

The festival parade, which is the most anticipated element of the opening ceremony, will bring together 33 performing groups from 25 countries and regions alongside 25 floats.

Visitors will also be able to enjoy half-price access to Shanghai’s major tourism attractions during the two-week span.